Unexpected repairs, but well worth the while. This one started out looking great, but an issue with the rack seemed like it was going to be a lot more effort than originally expected. In the end, it all worked out 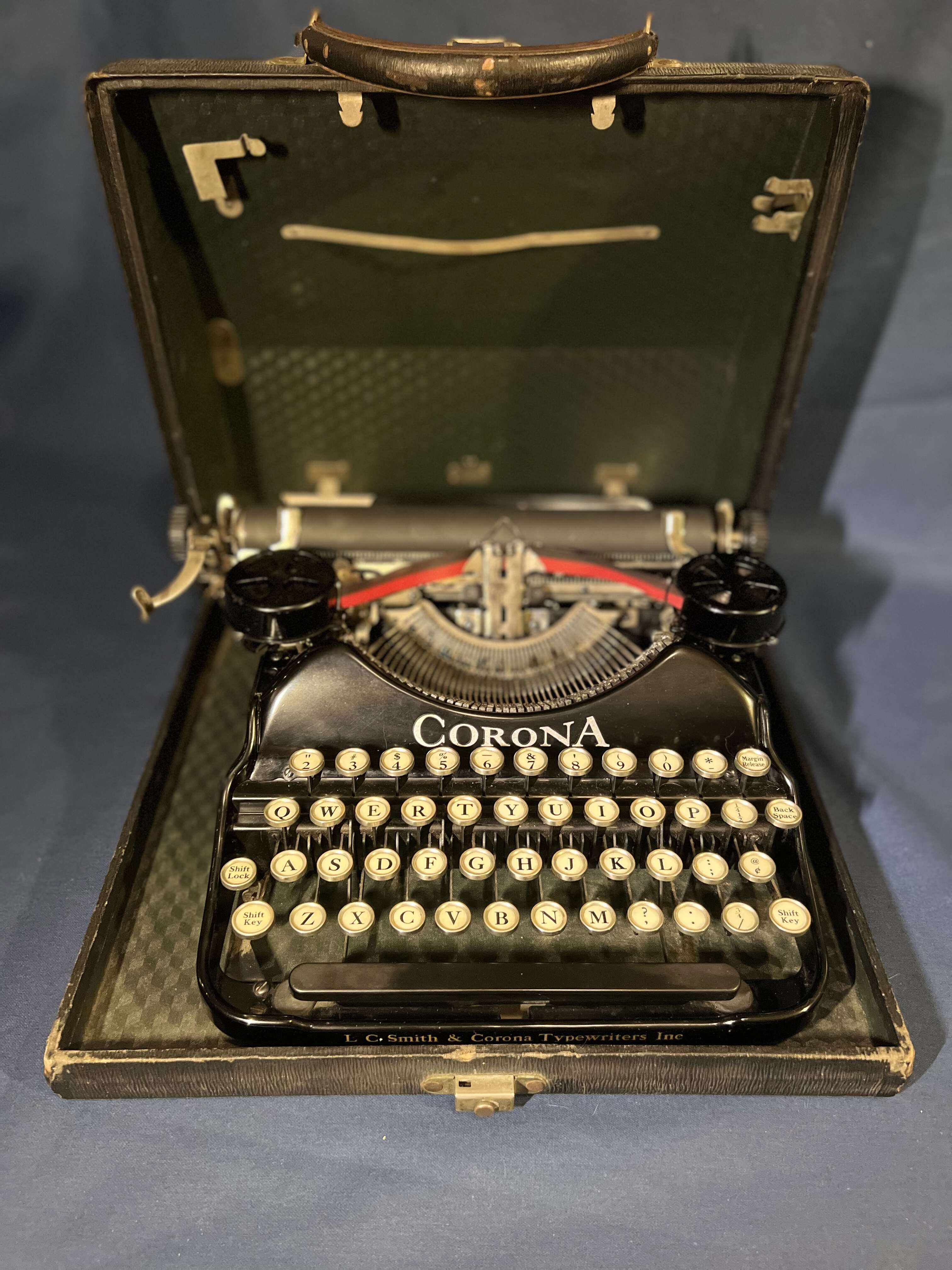 When this one first popped up locally, it was the Elite pitch and good looking decals that got my attention. It wasn't too far out of town and so I made the sprint to grab it. The trunk-side checks looked fine and so I wound up taking it home for a reasonable price, knowing full well that the platen was thrashed. 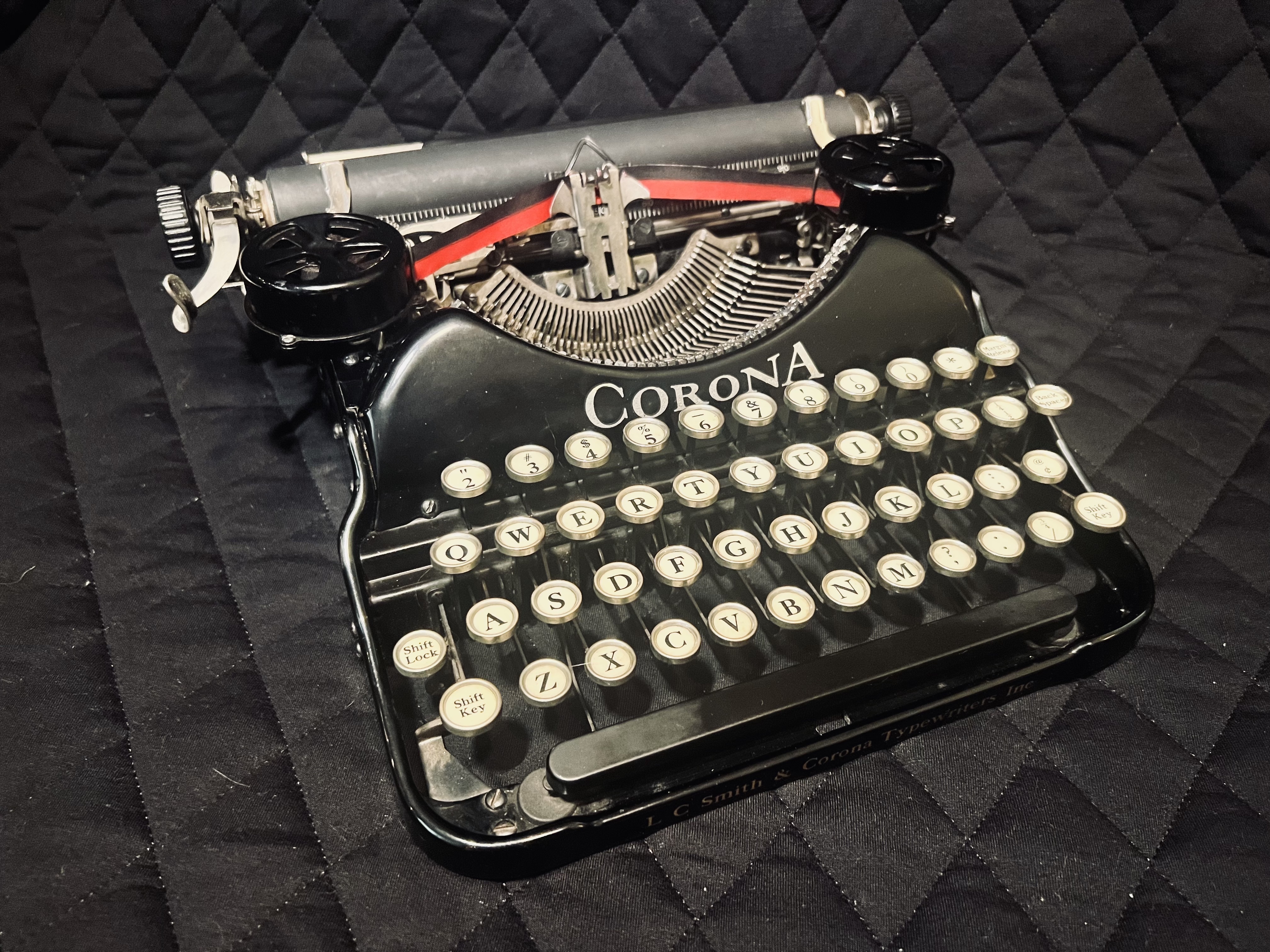 After getting it home and working it over, I realized that the the carriage would stick in a particular location. It didn't appear to migrate down or repeat anywhere else, so the suspicion was that the issue lay in the rack specifically. In the end though we were off to travel for a bit, so in order to make use of the time I sent off the platen to JJ. 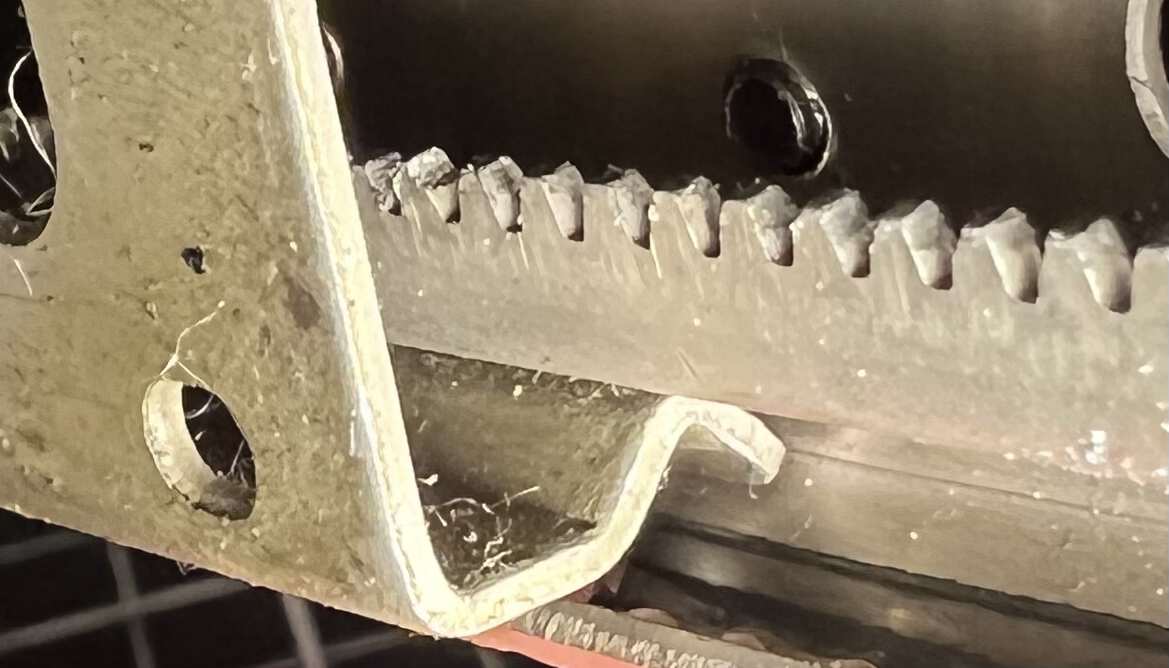 Fast forward a few weeks and it's finally time to work on the machine. Cleaning, buffing, and troubleshooting. Eventually it came time to evaluate what was really happening on the carriage. Looking closer, it appeared that one of the teeth had been goodly mangled and had shifted down the line of the rack.

The picture above shows one of the damaged teeth, roughly near the center of the machine - there wasn't any way to get to it without removing the carriage entirely. So, recognizing that the drawstring was not long for this world, I went ahead and cut it; better to replace it now intentionally than to have it come breaking off like the Corona Junior had. View of the pulley system going down into the mainspring below. 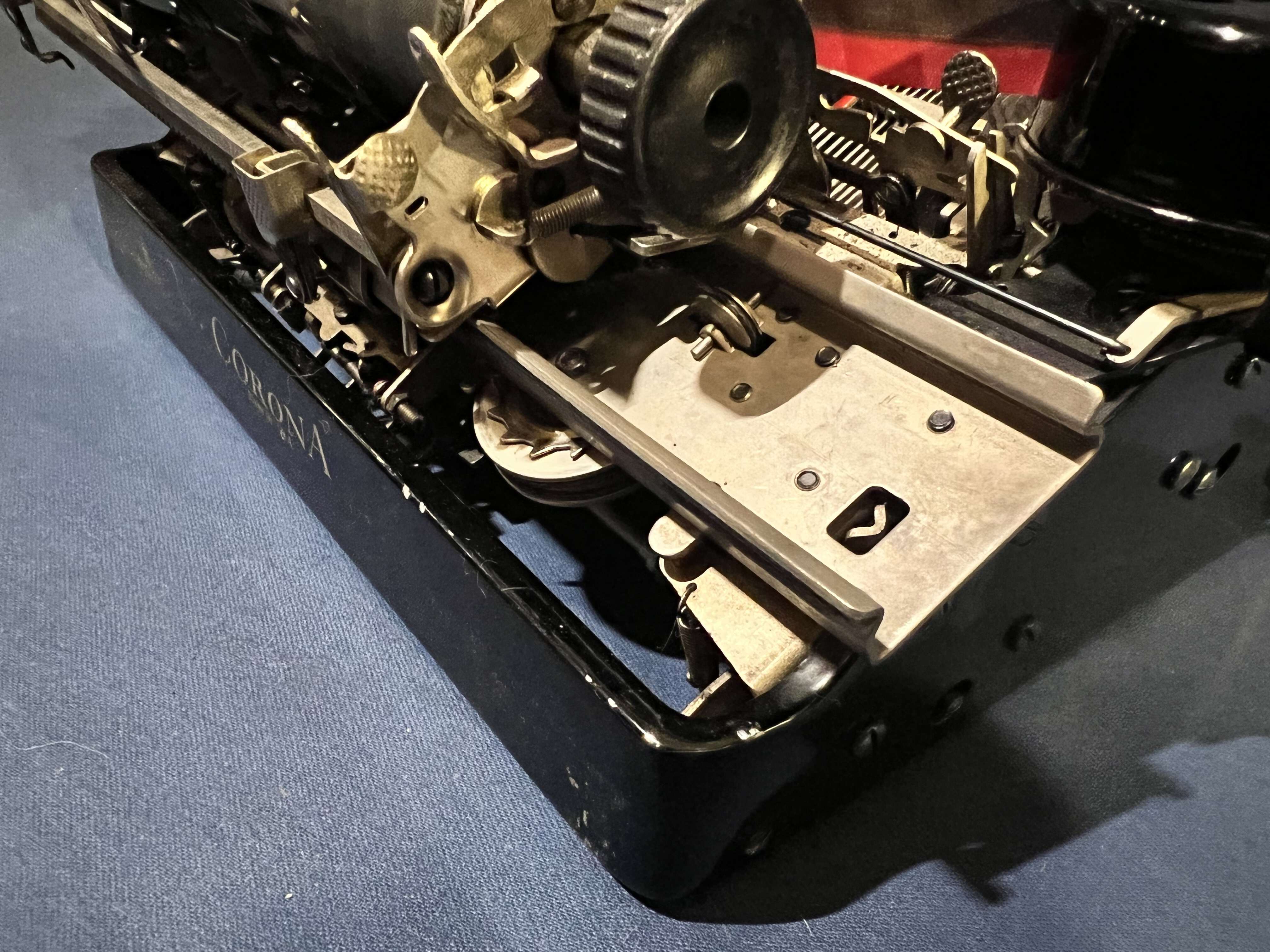 In the end it was possible to push the teeth back into alignment using a screwdriver bit, a roughly-triangular piece of metal, and a small set of files and fine grit sandpaper. Using a ball peen on the bit and then the form, the teeth were able to get moved back into position. Once there, the files and sandpaper helped knock down the sharp edges and polish the faces of the teeth. Given that the mangled teeth were at the center, it seems likely this was an impact on the carriage without having the escapement disconnected. Remember to be careful when shipping those typewriters! Despite the initial concerns on this one, it's been an excellent typer.