The typeface hunt continues, but this one was a fun find in the meantime. Overall a good machine, though fairly common here.

The Royal Quiet De Luxe is one of those long-lived models that seems to have existed through the different ages. This particular one is a pre-1941 model, produced just a few months before the war, which would bring production to a halt. 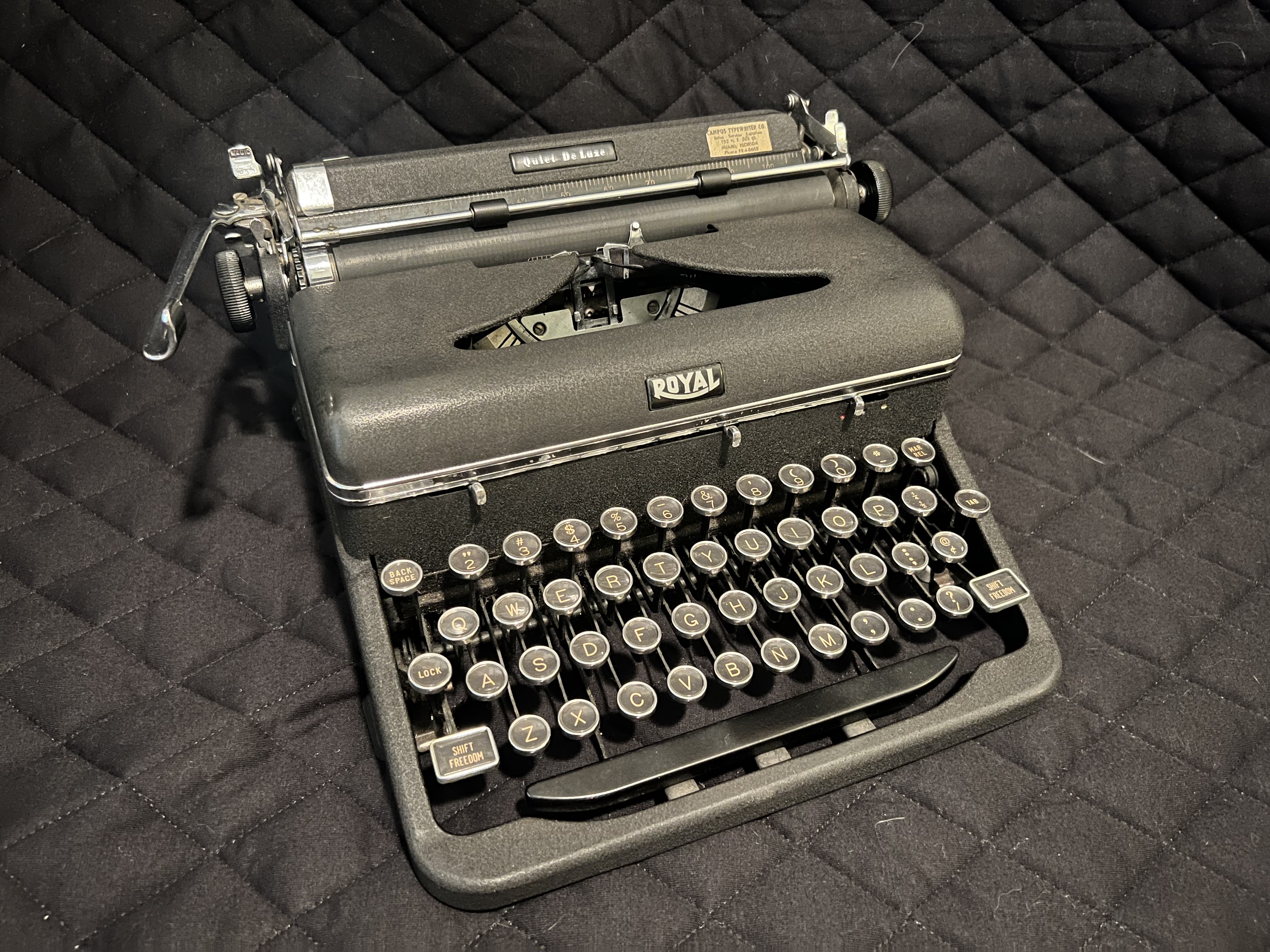 This one has some interesting marks on it, perhaps from an office? Additionally, it's in one of those swell tweed holiday cases which look so good. The case and sides of the typewriter also have the inventory mark on it. 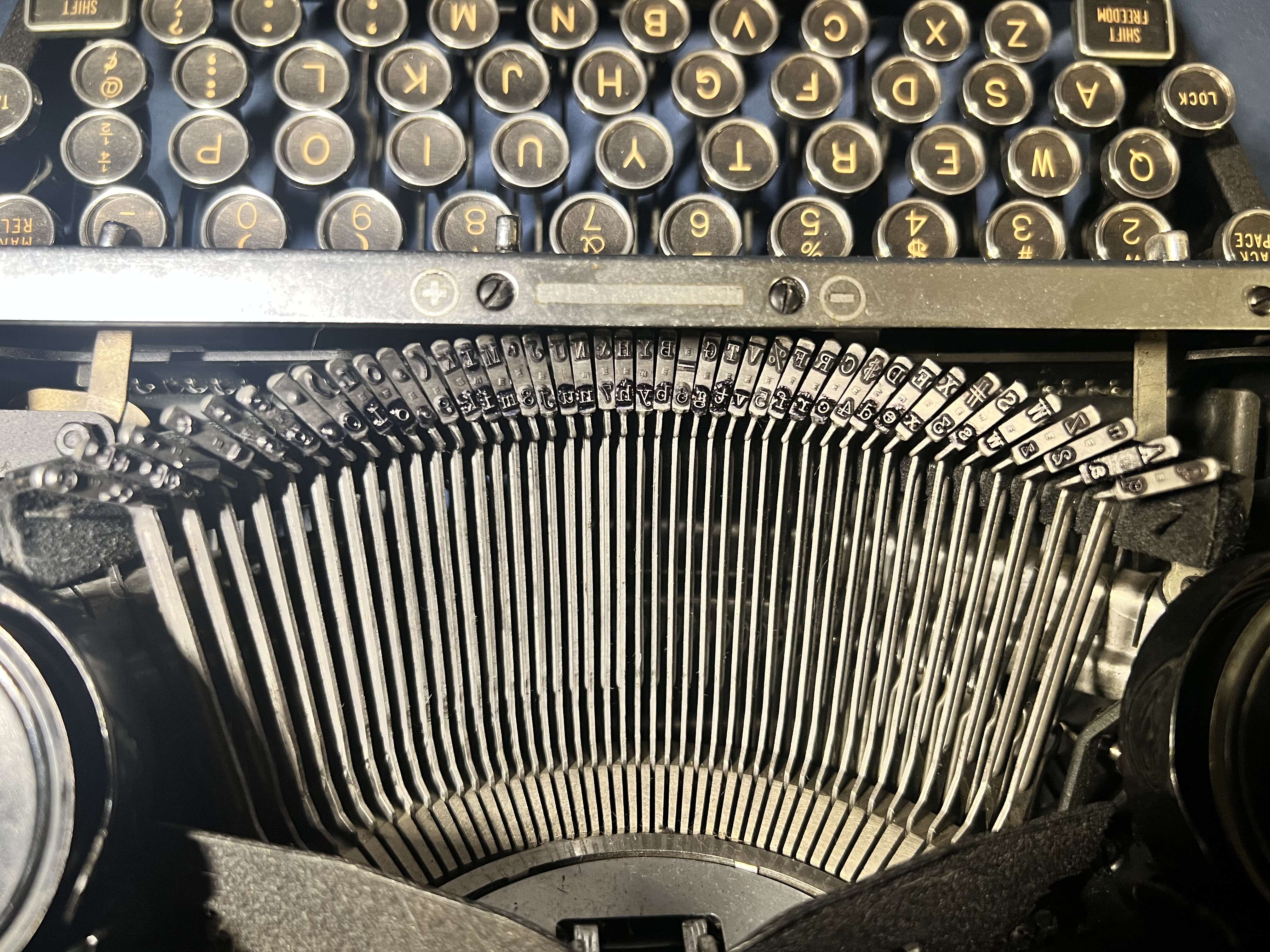 Clean segment and ink on the faces, this machine has been perfect for leaving on one of the side tables to write up quick to-do lists. Not quite in the photo, but this one came with a pair of metal spools, which is always a nice touch. 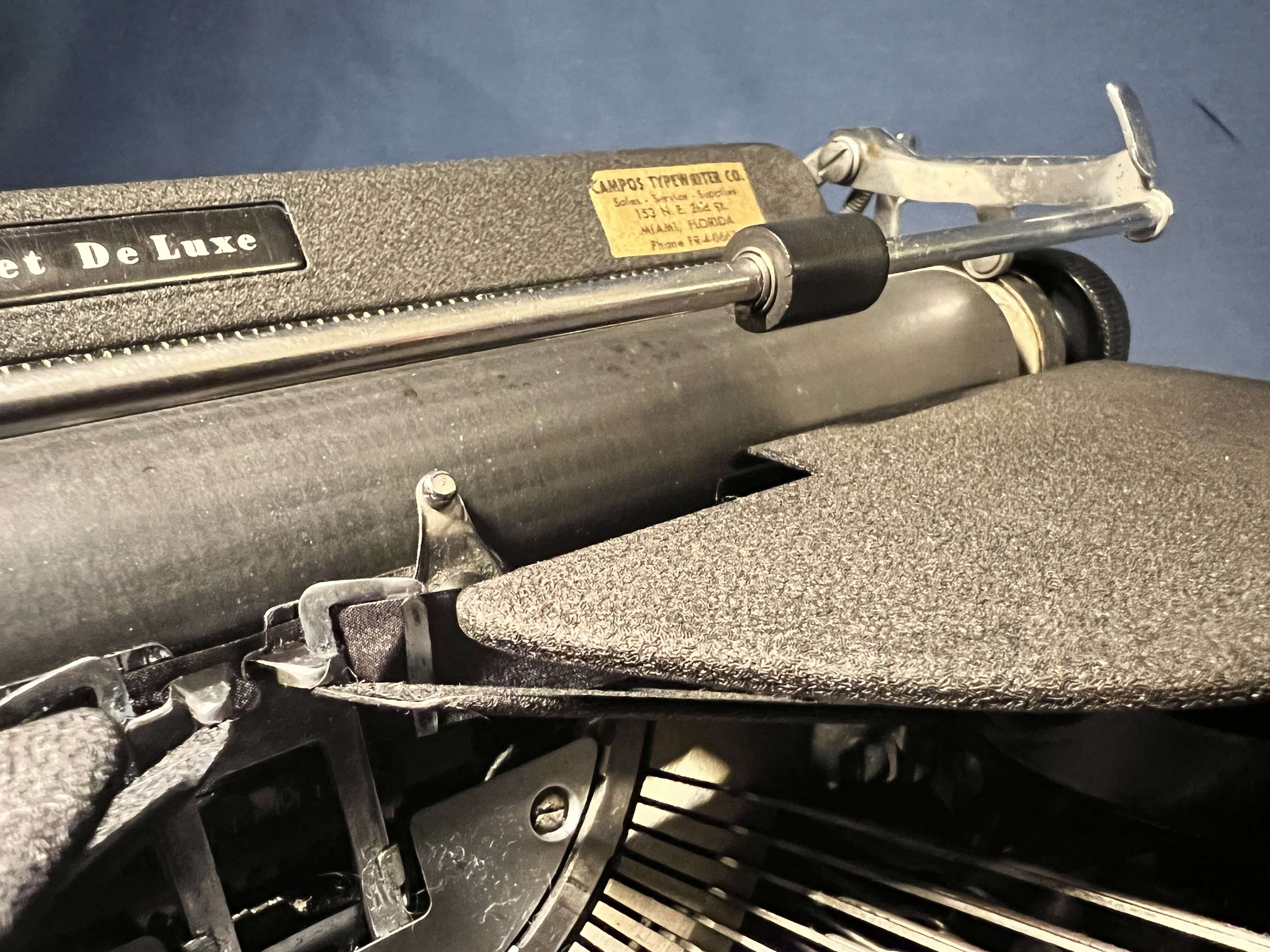 While much is made of the magic margins on these Royals, I find that I rarely am adjusting them, and so they seem a bit overblown to me. However one of the features I do appreciate quite about this machine is the paper bail. Not all machines feed reliably, and it can be a bit of a crapshoot as to whether the machine you're using will feed, so it's usually easiest to pull up the bail before the paper passes the card guide. On the Quiet De Luxe however, you can snap the bail forward as you feed the paper, then push it back against the platen. Much faster and smoother in my opinion than lifting the bail and hoping it stays up. 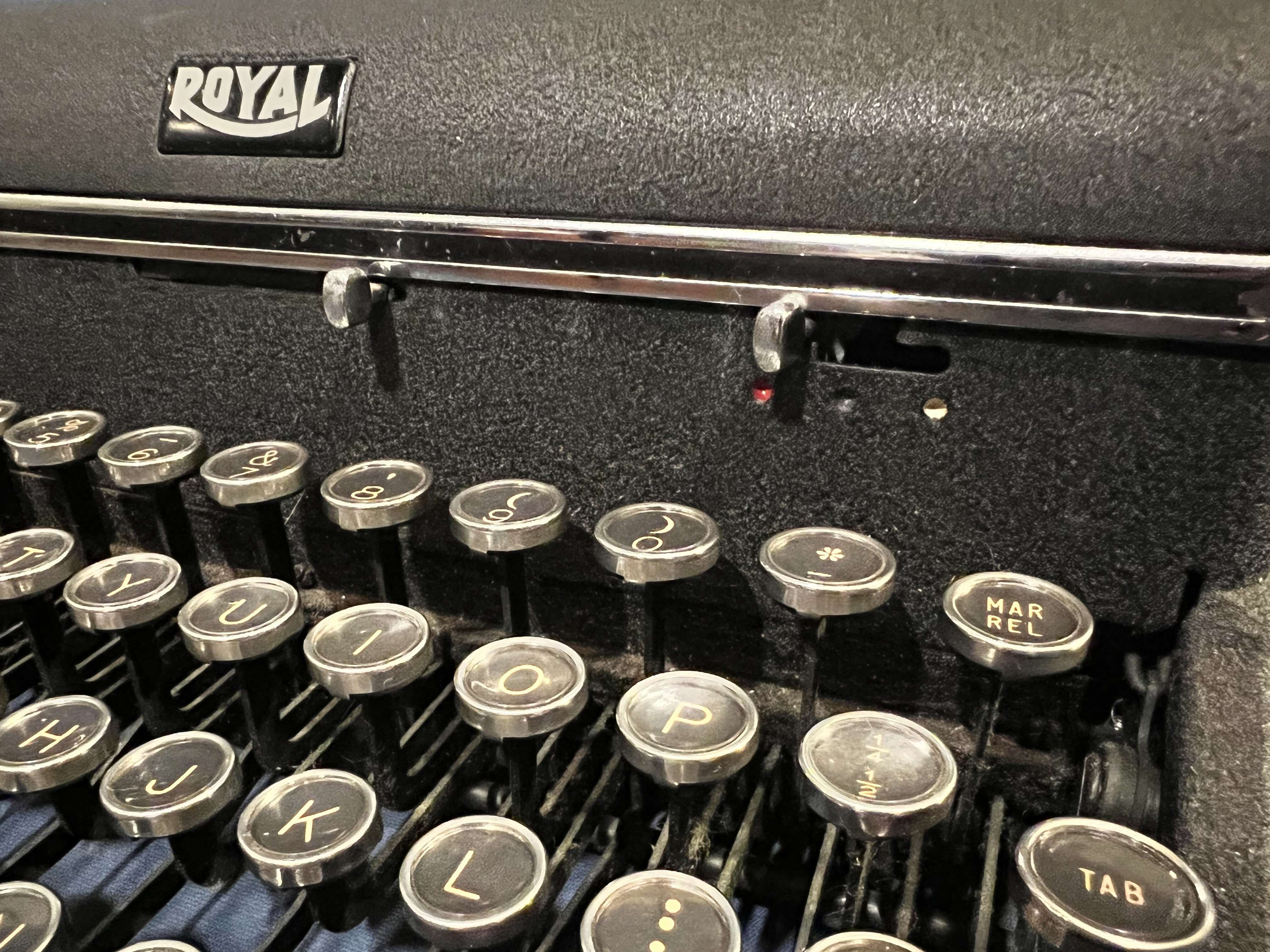 Similarly thoughtful, I appreciate that there's a lockout on the stencil mode - it's easy to accidentally leave a machine in stencil mode, where the ribbon lifter won't move into position. The QDL requires you to press down on the selector to move into the stencil track, but easily pops out of it if you wish to return to the more common inked modes.

The action feels relatively smooth, but it's nothing to write home about. It does feel easy to get going fast on this machine, with the typebars rarely binding up. By contrast though, the circular keys leave a lot of space between the caps, which wind up being easy to fall between while typing. It's been a wonderful machine, but has been since replaced in the collection by other Elite machines like the the Blue Bird.