A Platen Soft as Gold

This is just some of the steps to reinstall a newly resurfaced platen into this very classy 1930 machine. The steps on these are easier than most, but that just means this will be straightforward. 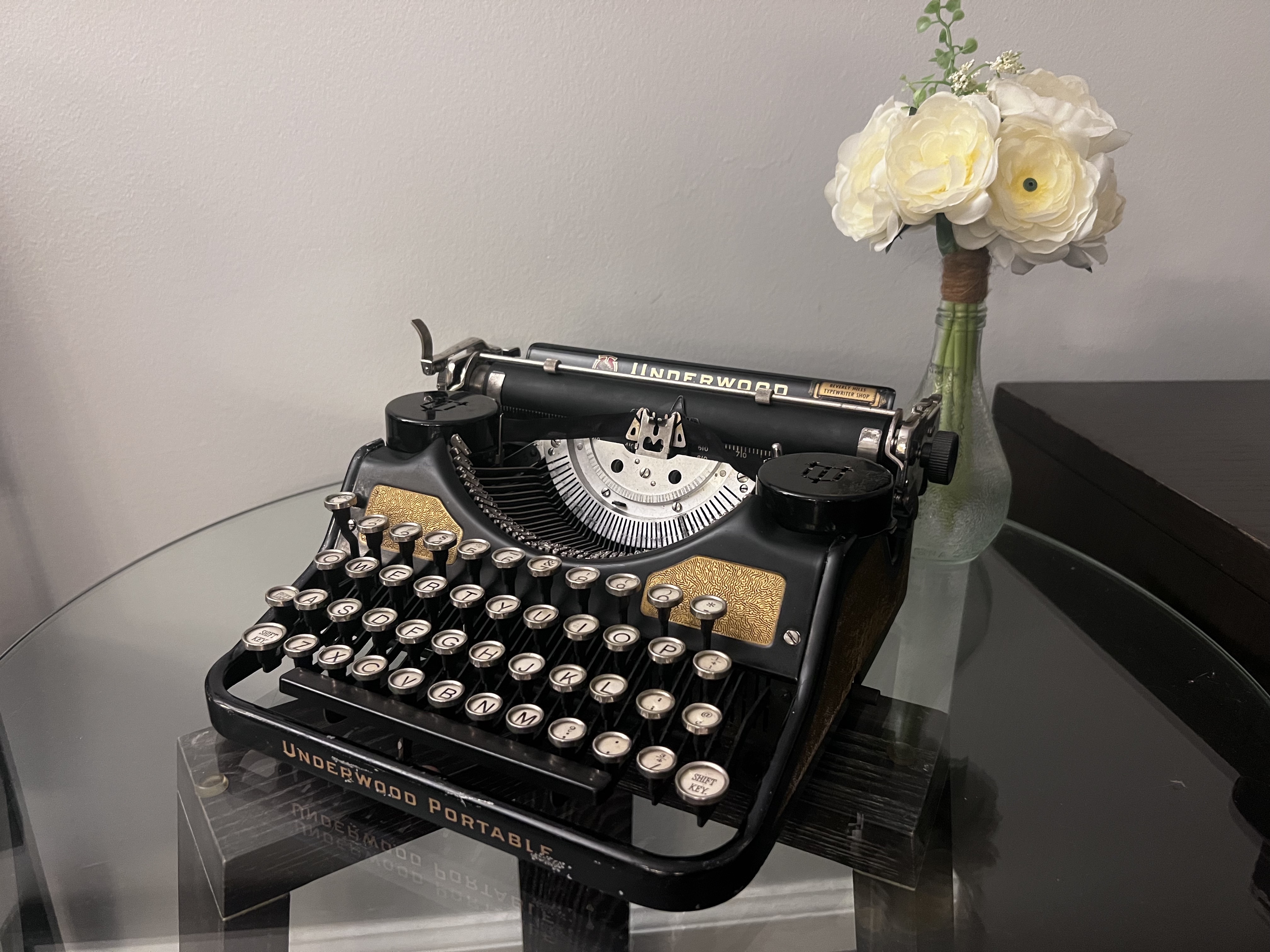 Pictured here after the swap, this shiny gold Underwood 4 bank was in need of a new platen and it's a blast to use now. It deserves a review of its own, but for now this will just be the steps to reinstall the new platen. This was recoated by JJ and they turned this one around in a few weeks, while removal and reinstallation was less than hour. 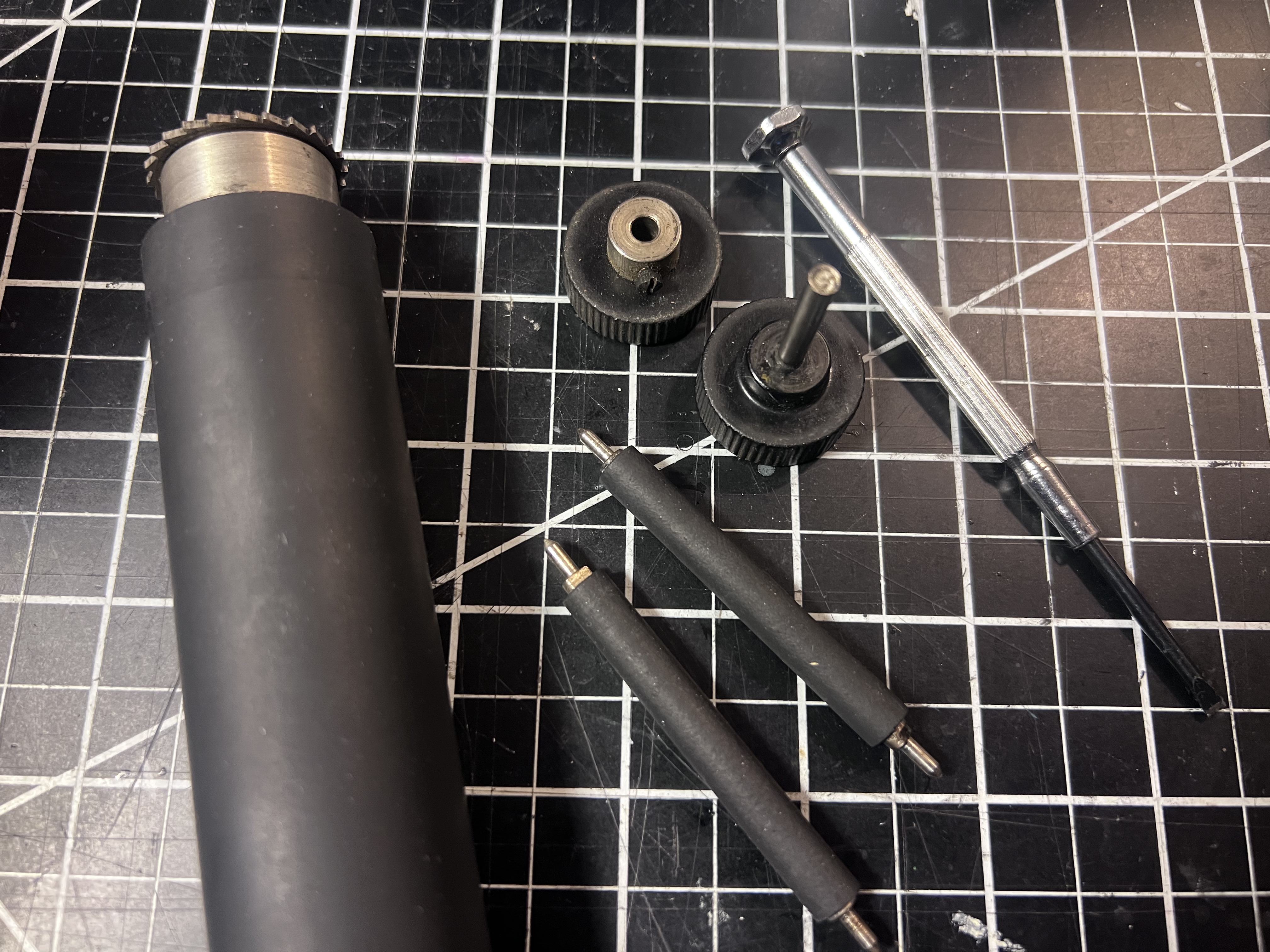 Putting it all Together

This one is a bit reversed since most folks will start by taking things apart, but perhaps thinking about how it’ll look at the end will help someone while they’re taking things apart. Here we can see that this particular machine is a 1930 C model and has two separate feed rollers along with the platen 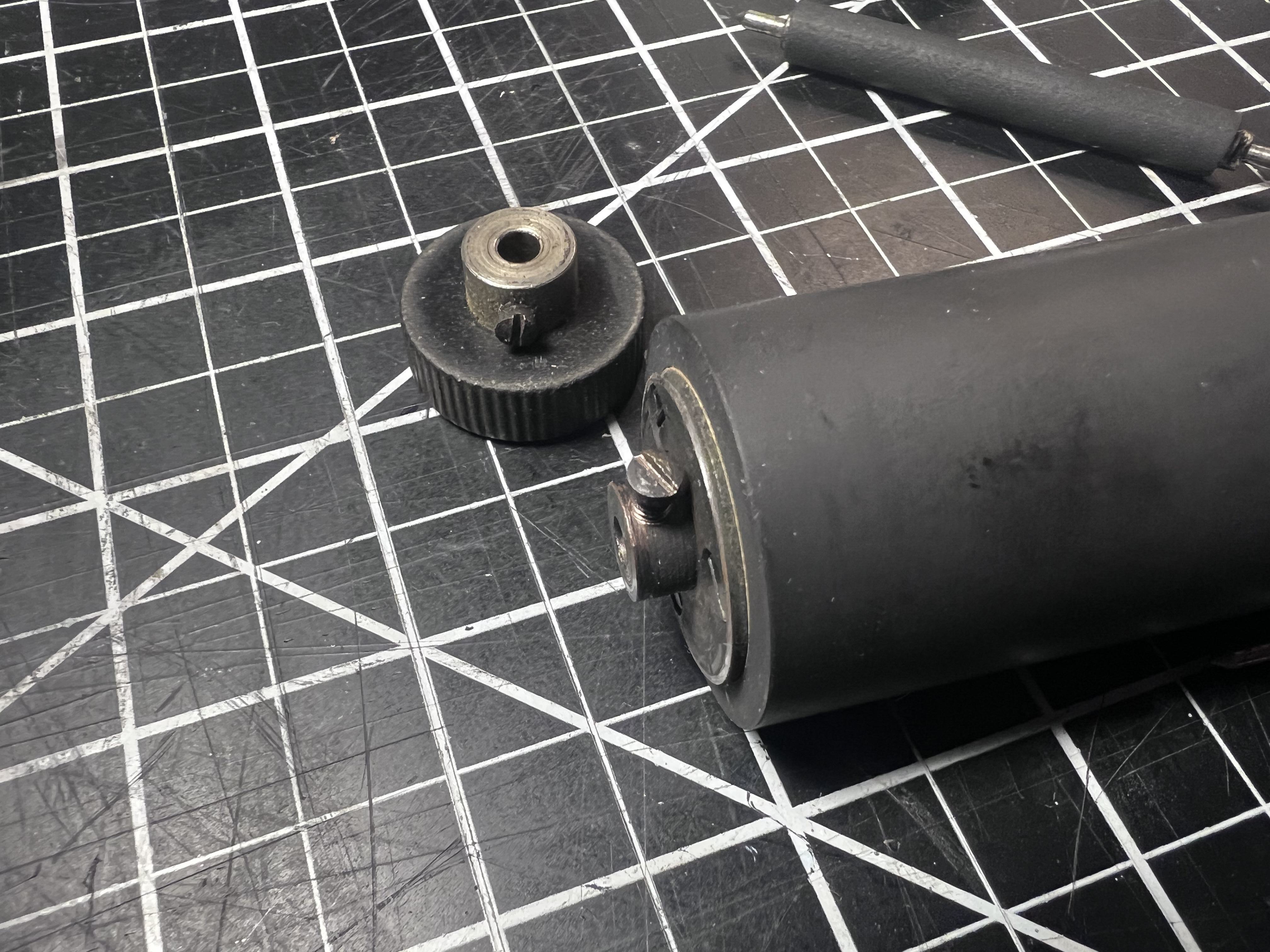 Unlike some other machines, this one is only a pair of screws, one on the right side of the platen and the other that will affix the left knob to the rod. Here we’re just making sure we have both before we get started. When sending it off, I made sure to keep the platen screw with the knobs and parts at home - we don’t want those to get lost!

Now that it’s back on the bench though, we can partially install the screws before reassembly, which will make our lives easier later. Just make sure the screw doesn’t go all the way into the channel for the platen rod, otherwise it’ll slow things down. 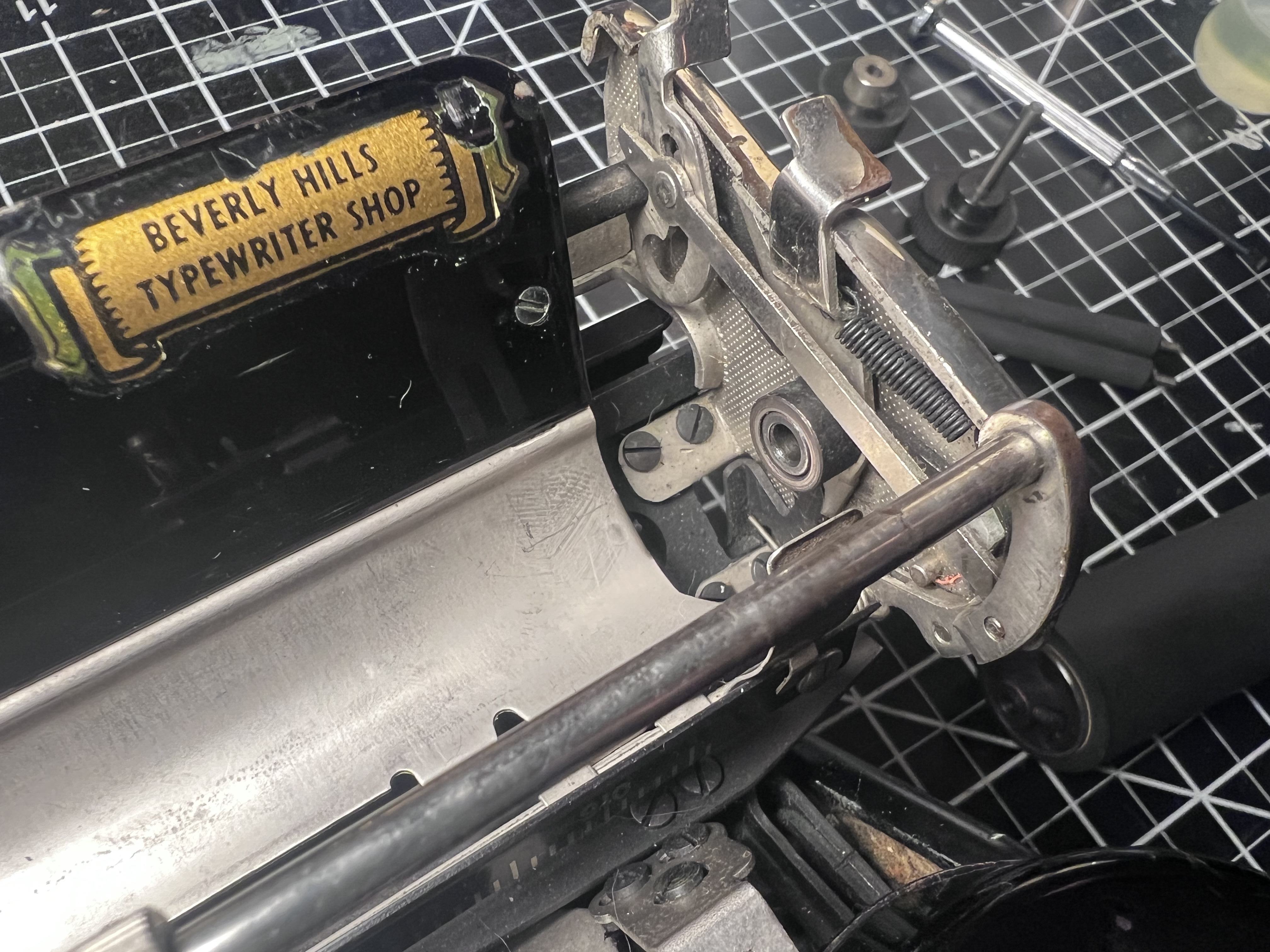 Last up in our preparations, check for this bushing on the right side of the carriage. If you don’t see the little ‘donut’ part around the right side of the carriage wall, then your carriage release may not get the leverage it needs to work. I kept this part in the machine while the platen was off getting resurfaced by putting a small bit of painters tape over it, but just make sure you don’t lose it.

Don’t be hasty now! When I first sat down I proceeded to throw the platen in there and before I realized it I was done, however the machine refused to feed. Only after a few minutes did I realized the feed rollers were still on the bench. D’oh. 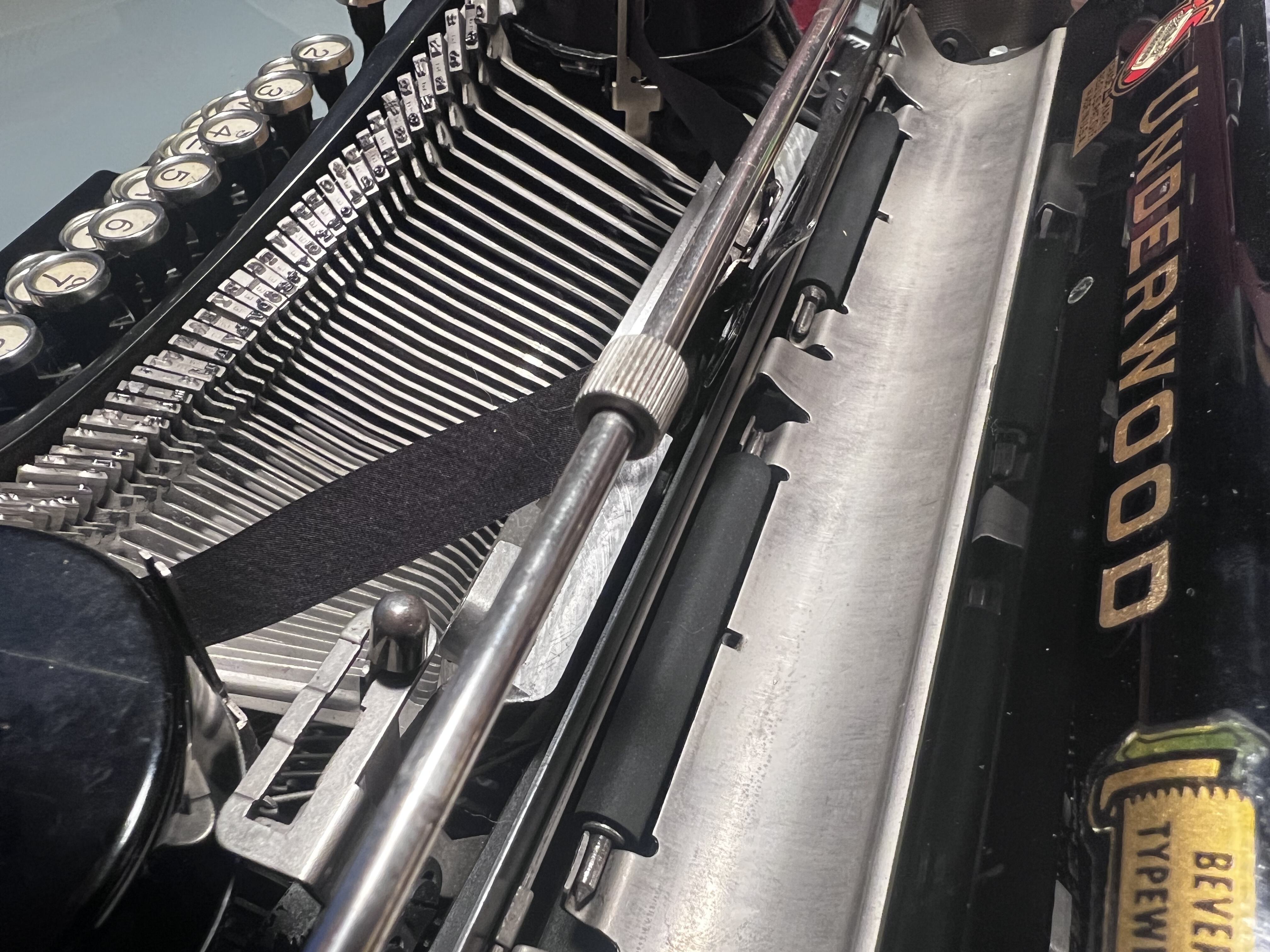 This model just has drop-in feed rollers, so just make sure they’re in place before going too far. From what I can tell they seem to be universal in direction, but it works better if they’re installed! 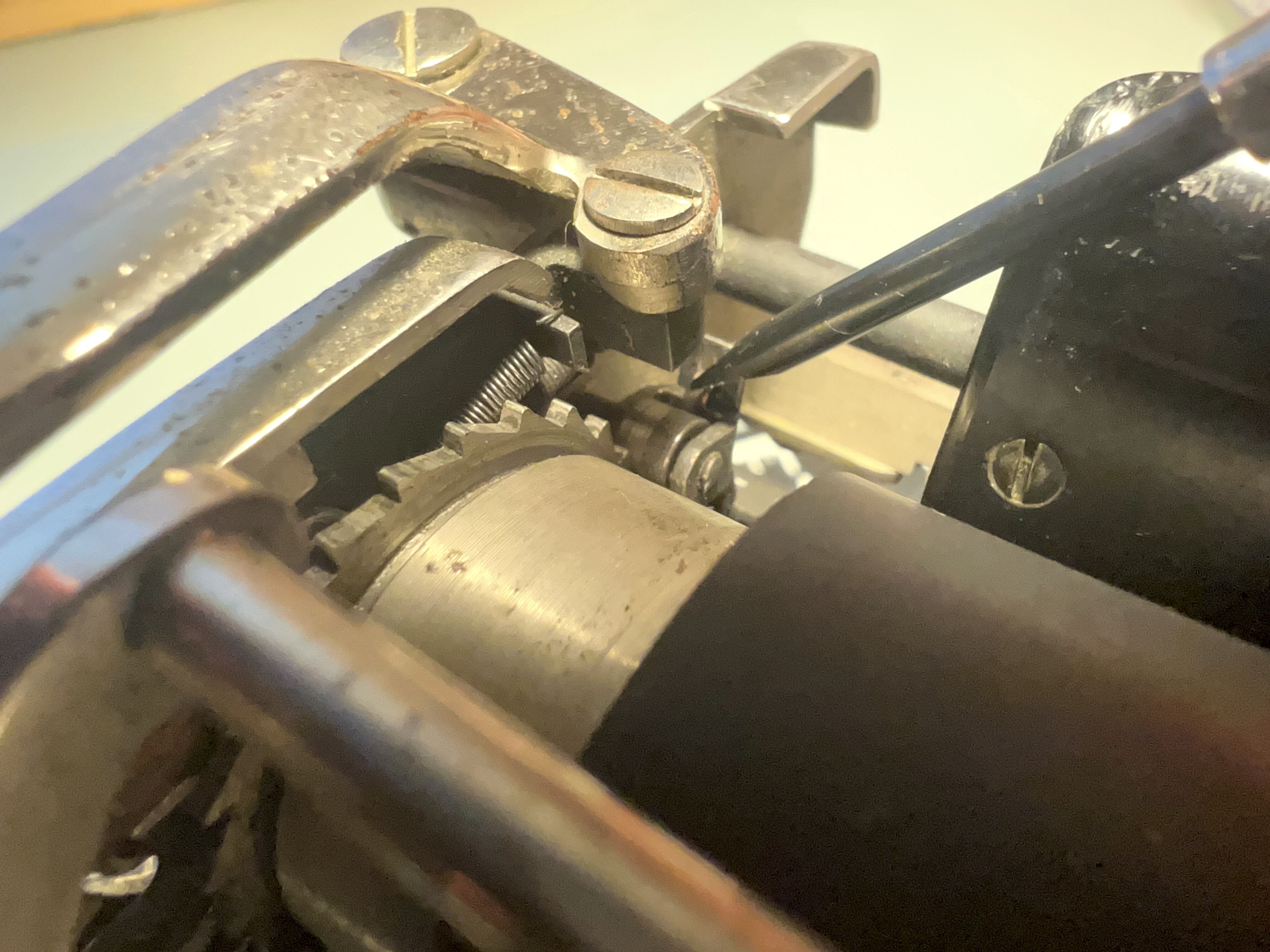 Now to get the platen back in. Starting from the left, push back the line lock roller detent with a pick or screwdriver. In the spirit of keeping it simple, the only tool I’m using here is this eyeglass-kit flathead screwdriver. Pull the detent back until the geared portion clears and fits into the left of the carriage. If you push the platen rod out the left side slightly beforehand it will be easier to align this part. 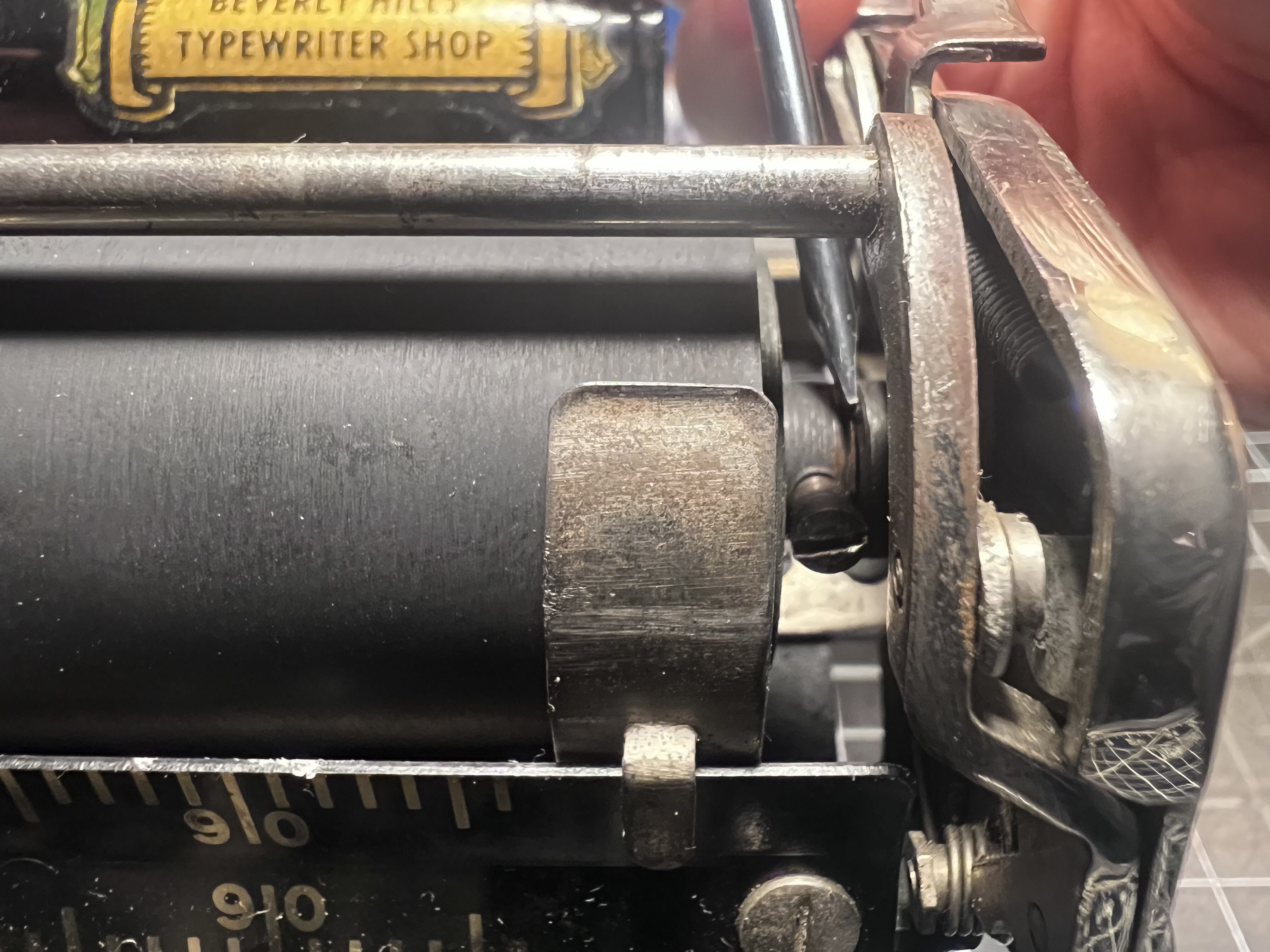 Next we’ll move to the right side - using the screwdriver or a pick, press the bushing to the right, which should let the platen fall right into place. If it binds, make sure that the left side is fully seated first. Otherwise, make sure the bushing and sleeve are flush with each other. Don’t worry if it drops through a bit. 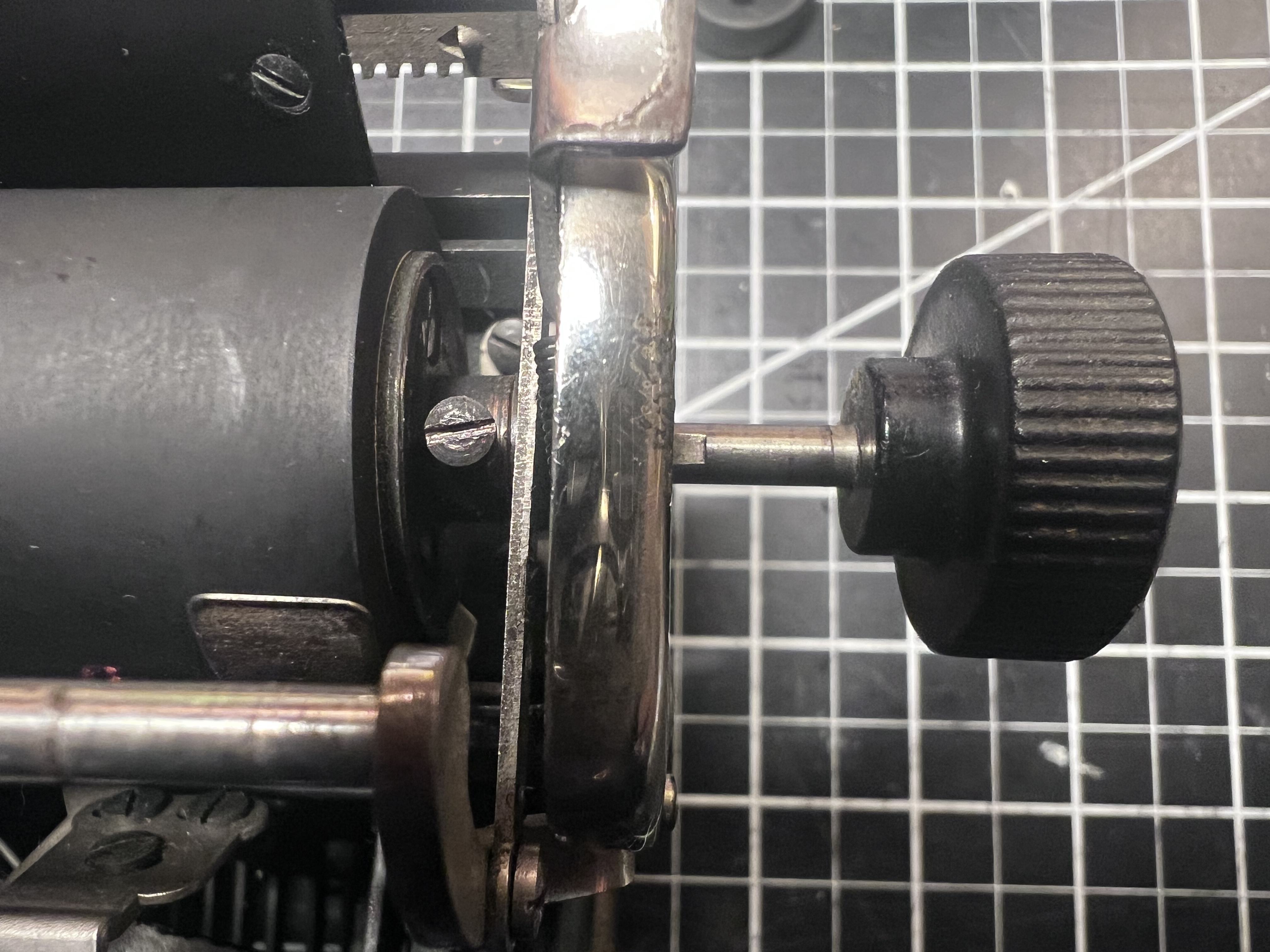 The right platen knob should have a fixed post, align the flat side with the screw and feed it from the right side of the carriage. Once it’s lined up with the spot for the screw, tighten it down. If you’re having trouble finding this spot, try loosening the screw and tighten until is barely touches the round portion of the post, then move the knob until the screw falls into place and finish tightening. Be careful not to overtighten here and double check your screwdriver is the right size, these aren’t exactly tiny screws but you still don’t want to strip them. 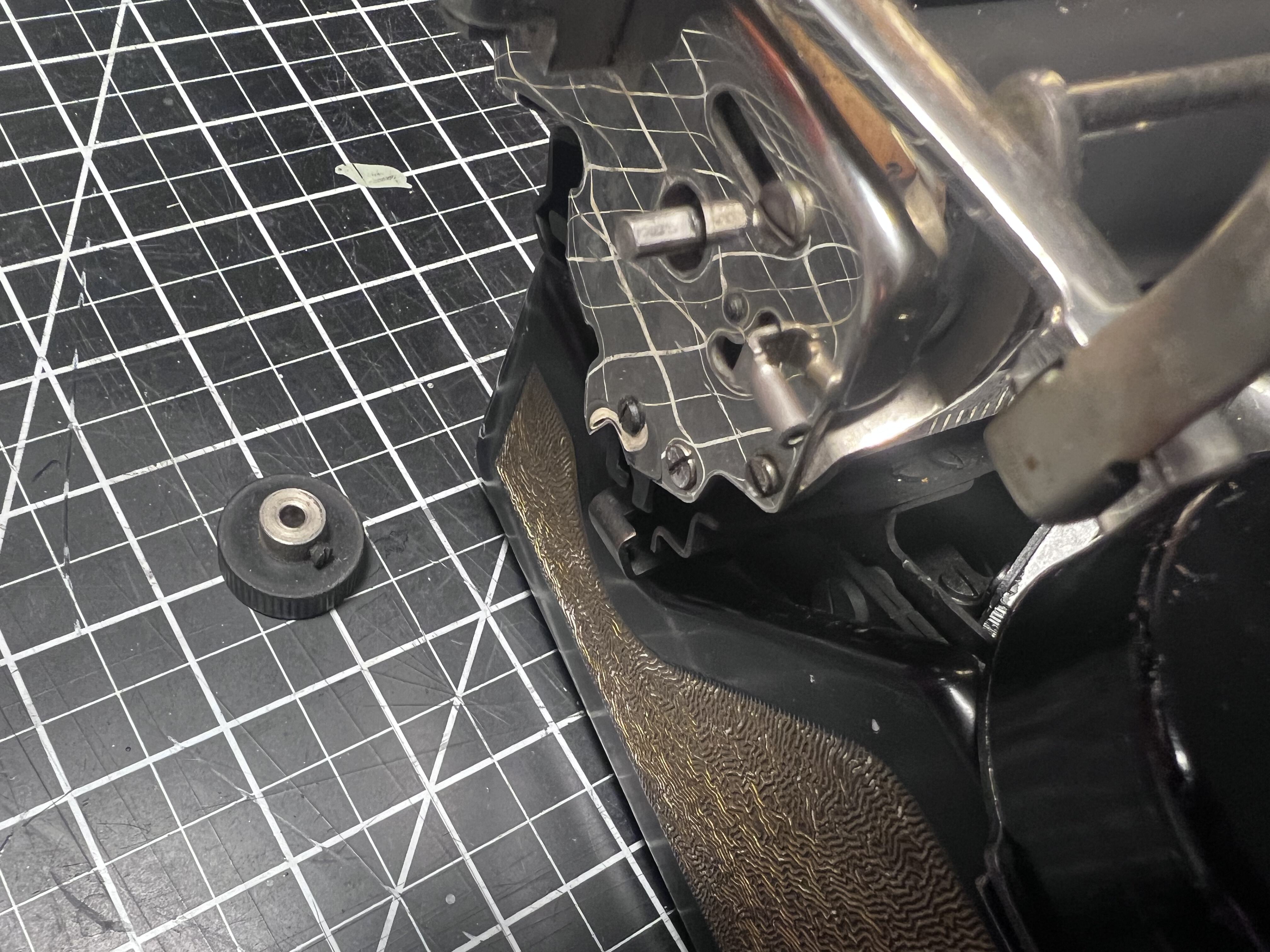 Lastly on the left side we’ll place the remaining knob. Again be sure that you’re positioning the screw on the flat of the rod, and if you can, try to avoid pushing the rod into the carriage. It will be easier to get leverage to screw on the knob if the return lever isn’t in the way, and it can be difficult to pull the rod out with fingertips.

That’s all there is to it. This machine is particularly forgiving when it comes to removing and installing the platen, which can’t be said of every machine out there. If you’ve been considering resurfacing on an Underwood 4 and have been worried about the process, I hope this has made it seem less spooky!