This machine arrived with a non-functional carriage release, but by the power of fabrication it has regained the functionality and put this one back on the short list for favorite machines.

This machine had a goodly bit of character when it arrived here, not the least of which was a broken carriage release mechanism. The Hermes 3000 has a pair of flan-shaped buttons on either side of the carriage, however on this example nothing would happen when you pushed either or both of the buttons.

For awhile I got by with workarounds, if you cleared all the tab stops you could depress the tab button and use that to move the carriage freely, but that made it a distinctly two-handed operation. Alternately, you could of course just backspace if you needed to reverse the carriage a few characters. Neither really solved the issue though, so it was time to dig into the manuals to understand what was going on.

Referring to the manual found in the Hermes 3000 & Media 3 Typewriter Repair Bible on page 70, there’s a section describing how the release buttons actuate a flag, which is a transfer bar running parallel to the carriage. This rotates down and presses an arm, which disengages the escapement and allows the carriage to move freely.

With the carriage all the way off to the right and looking at this arm, we can see that it’s missing something, either a roller or a bearing surface of some kind isn’t reaching the flag. If we press the release, the flag moves down but the end of travel is just short. 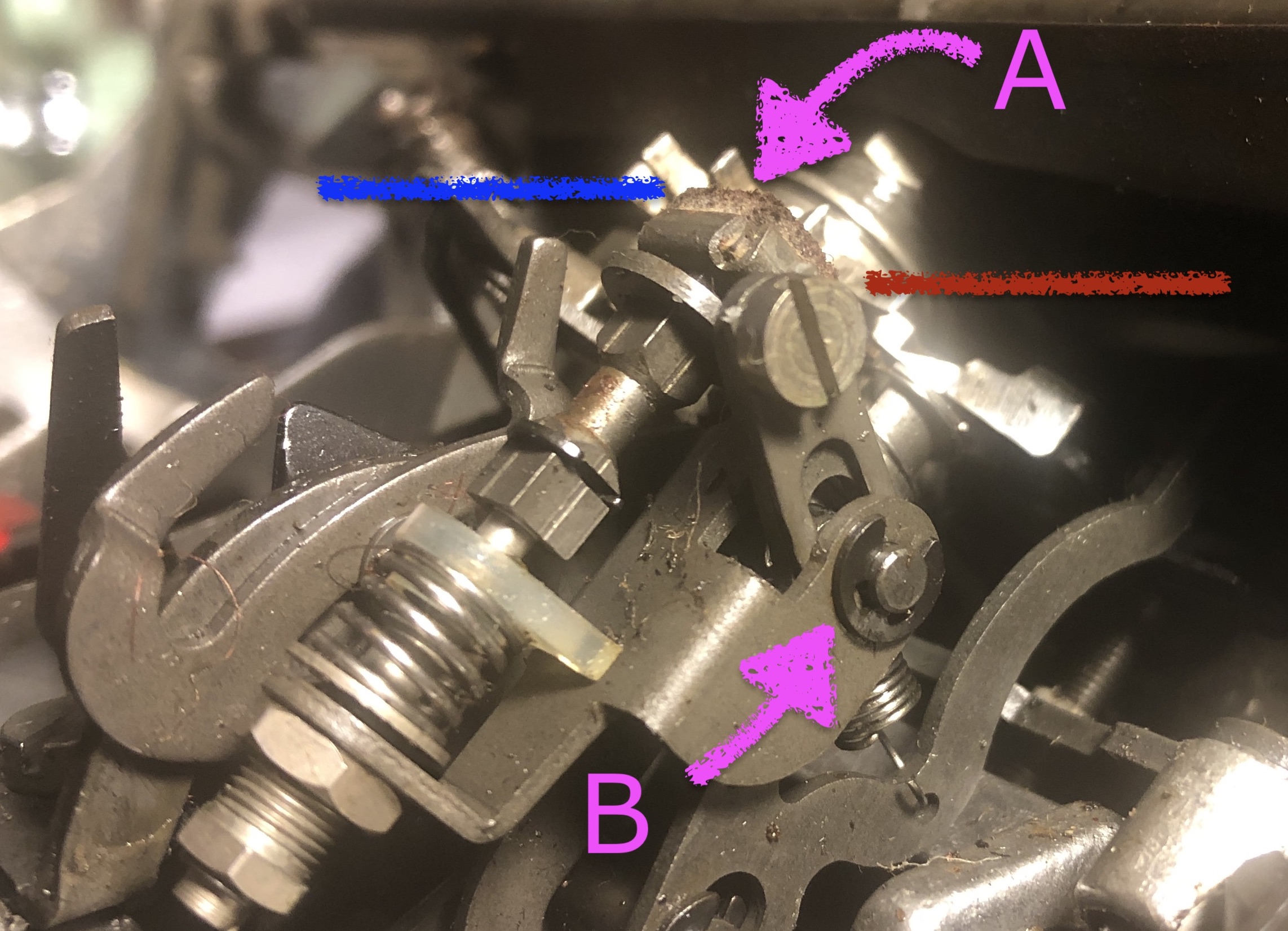 Off comes the carriage and we can see the issue much more clearly, there’s a little exposed crystalline metal indicating a piece had snapped off at some point. Without this extra reach the flag would have to travel past the tab brake before it would ever activate this escapement-tripping arm.

The first step was looking around for a replacement part, but in the end it seemed that most host machines I could find were first generation models, which appeared to use a smaller part here. A factory replacement would have been nice, but this part was relatively simple and really only served to transfer linear motion on a small bearing surface handing a little lateral load. Here’s a quick sketch of what I imagined the original might have looked like.

After doing a little digging I stumbled on a simple washer which was relatively close to the correct width of the original part. A little oversized, but it seemed there was extra room and the part was secured by a screw which some extra threads to handle this thickness.

With the washer in a vice and an outline marked, handsaws and some files brought the part to roughly the right shape. Since most of the part wasn’t going to be making contact anywhere, only the top of the part was rounded over and polished. 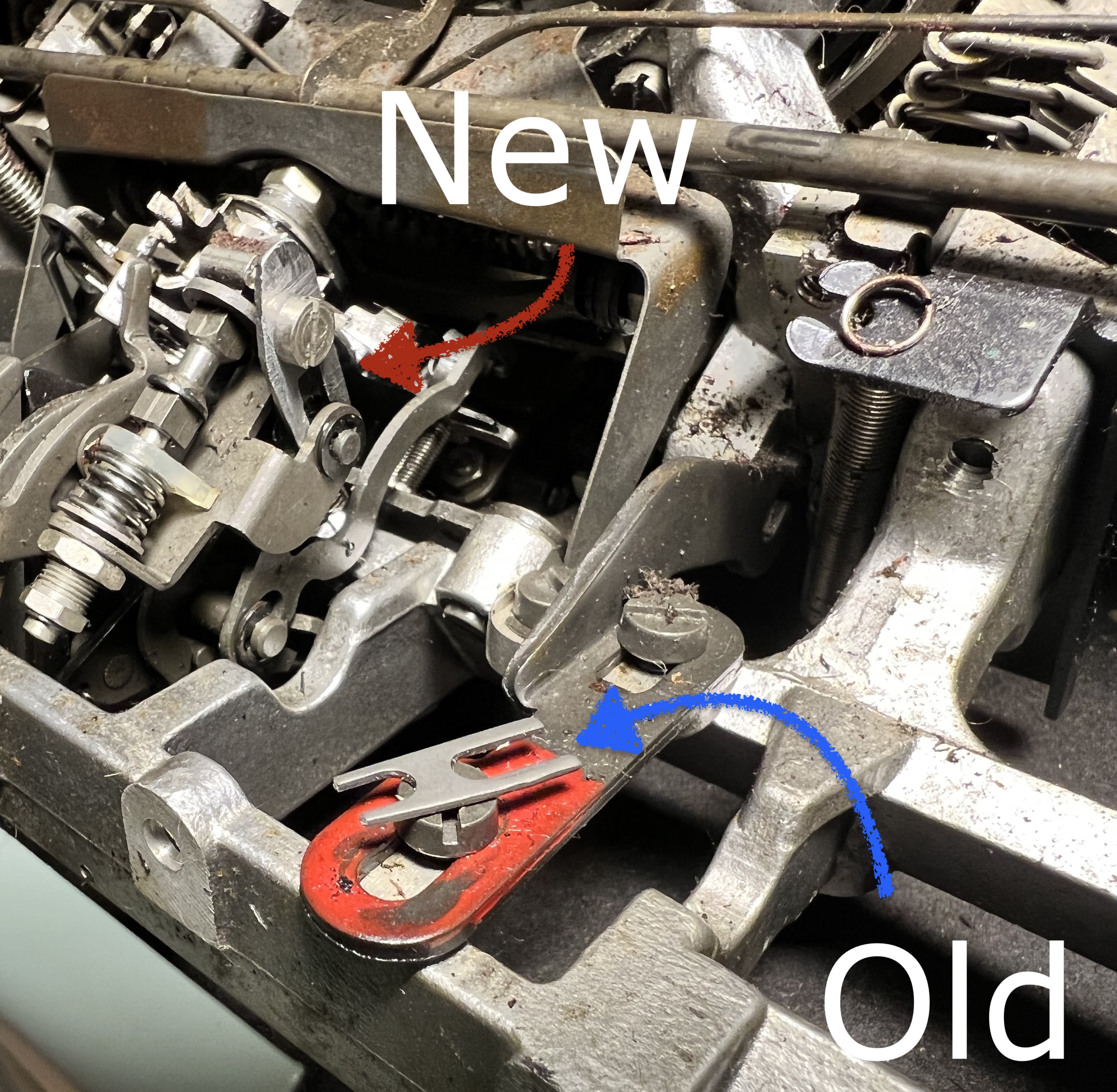 With the new part installed we can see that it reaches higher than the tab brake again, and that extra 10% of thickness on the part is noticeable! Hopefully that’ll help it last a little longer. 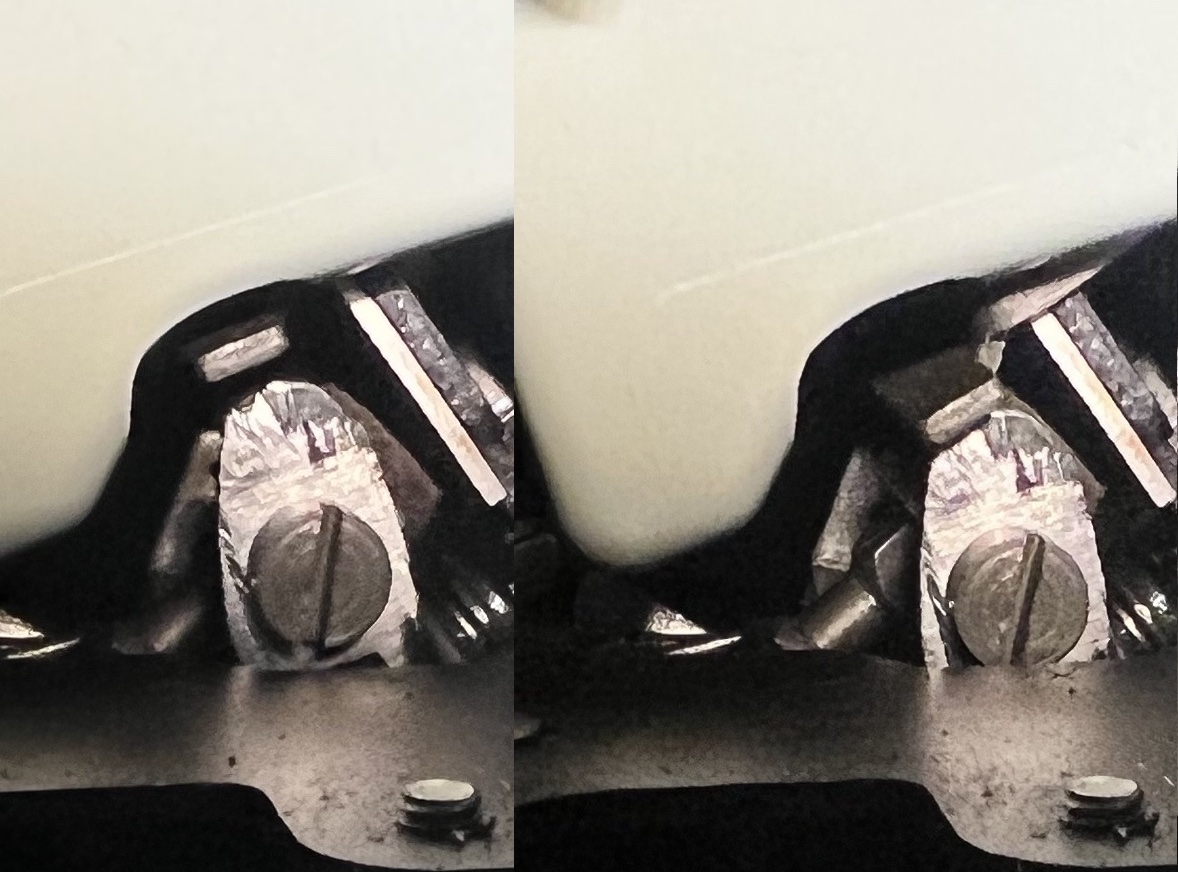 Here we are with the carriage back on, notice that flag pressing down on the fabricated part, pushing the arm down and tripping the escapement, the carriage moves freely again! 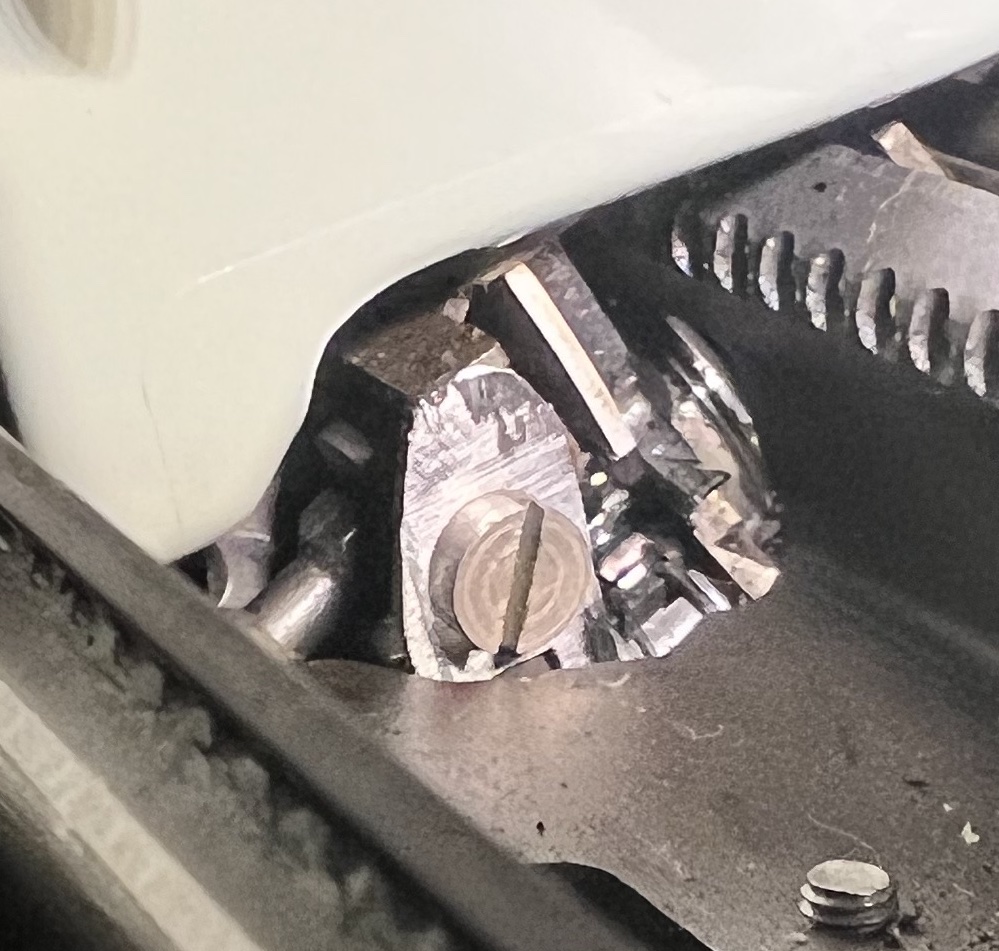 In order to test things I had fully cleared the margins, pushing them all the way left and right on the carriage so I could see into the machine. While test the fix I noticed what may have caused the issue originally. With the margins all the way to the left the arm would be out from under the flag - this meant that if you depressed the carriage release while it was fully returned it could catch the arm as pictured above. If you tried to fight it, you could easily break that small piece. The drawings show this part being slightly angled inward to prevent this, but one can speculate.