The pressure was on to make machines more affordable during the Great Depression. To achieve this, Corona and many other manufactures removed features from their machines to bring down costs. Despite that, they still retained their high-gloss finish. 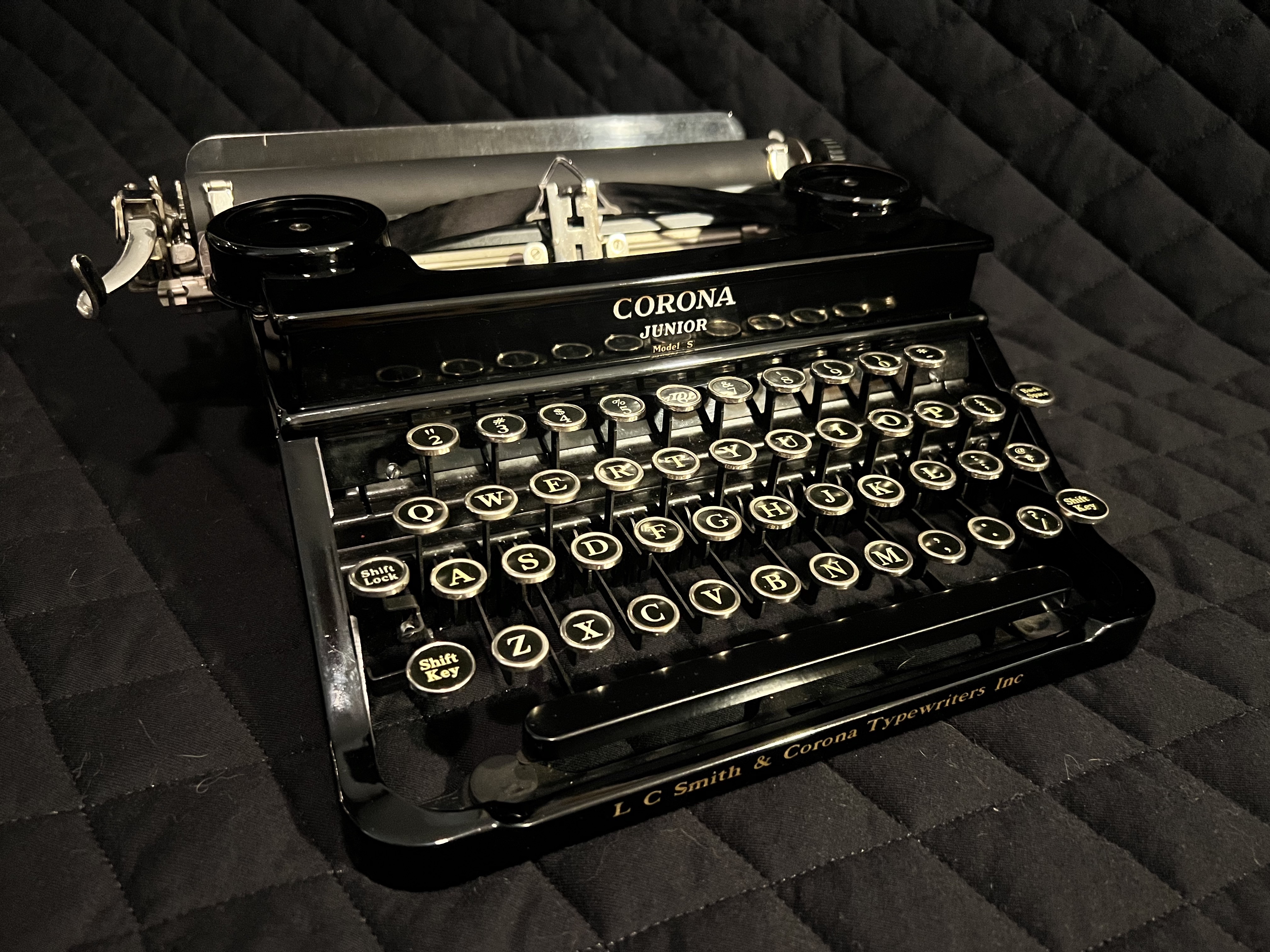 Glossy, classy, boxy. This gem of a Junior is a model S and is in beautiful shape. Made for the Depression era, many machines from this time period saw a reduction of features in order to make them more affordable. In the case of this machine it's lacking the left platen knob and right margin & bell. Obviously it lacks the tab feature as well. Though, surprisingly it has a backspacer, which seems like the kind of thing that would have been likely to be removed. 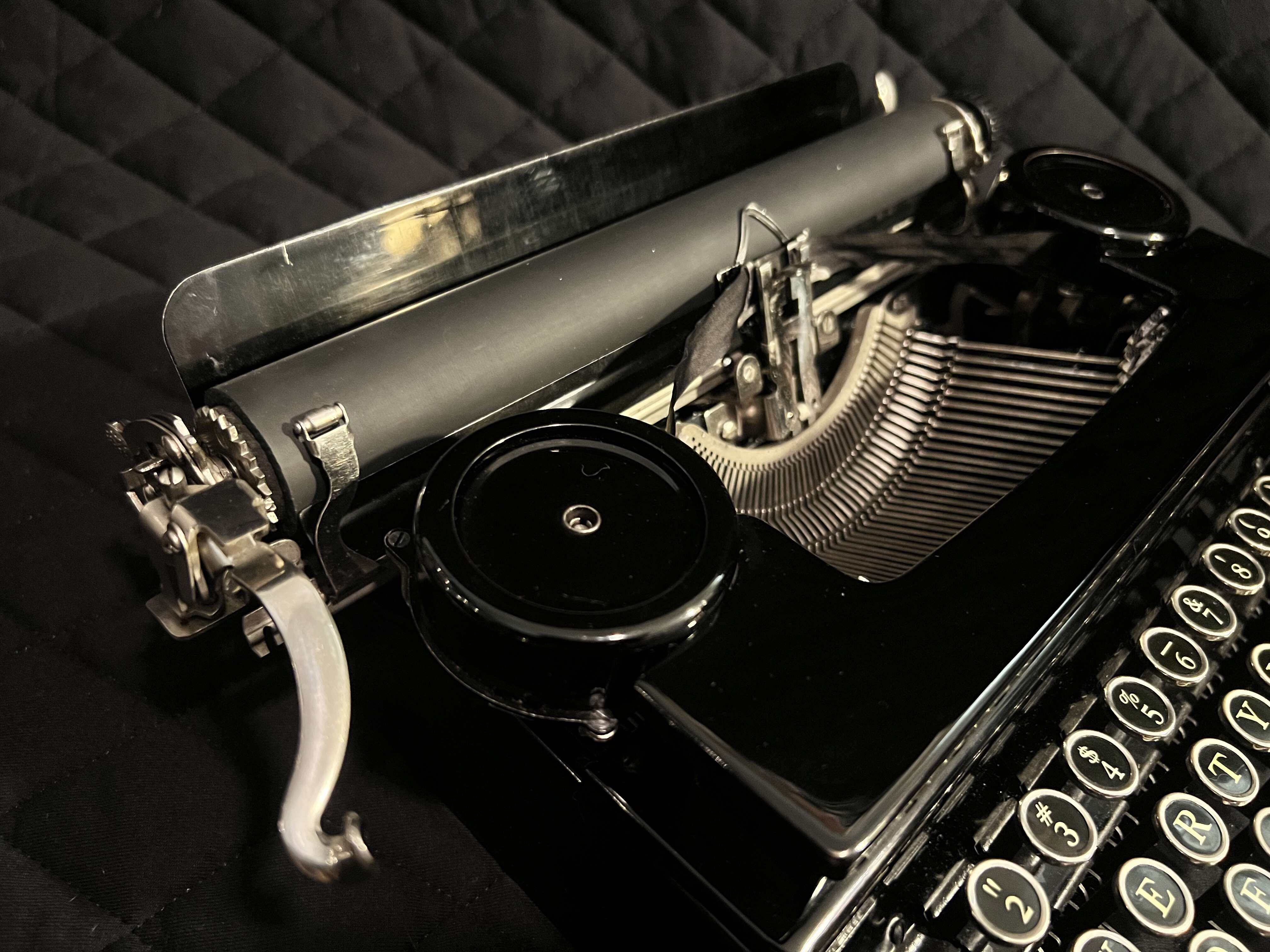 I received this machine from another collector who had, in turn gotten it from someone who claimed it had been serviced by the folks at California Typewriter at some point. The internals of the machine were excellent, however the platen was so beat up I had to be careful when I removed the rubber; if it wound up in the kitchen we might have put it in the compost with the other corncobs!

Ultimately I wound up sending off the platen and replacing the drawstring with some heavy duty fishing line. It turned out to be quite the hassle on account of the thinner string however. The diameter is roughly correct, but it appears to lack the same rigidity that the sinew ones have, making it much easier to end up sliding off the pulley.

While I'm not certain if this is characteristic of these machines or if it's it's simply this example, I have found that it tends to ghost slightly. Meaning that the slugs tend to bounce slightly when following through on the key press. Instead, this machine seems to favor a faster press, releasing the key early and letting momentum carry it the rest of the way. On other machines I use the heavier touch control as a bit of a crutch, but I presume that might be something to work on, as this machine lacks a touch control.